Hemp fabrics, ropes, wools, recycled fabrics. Weaving, macrame, knitting, interlacing. Natural materials and ancient techniques meet in the works of some artists present at the Biennale Arte 2022, projecting aspects of traditions and material cultures rooted in history, into the 20th and 21st centuries. Very different works seem to be linked by a single fil rouge: a powerful materiality.

This is undoubtedly seen in the sculptures of Mrinalini Mukherjee (1949-2015), an artist who grew up in West Bengal, who transforms hemp fiber using local weaving techniques into works that combine naturalist inspirations, Indian sculpture and modern design. Among the techniques that accompany her production, macramé stands out, the tool-less manual weaving of Arab origin, a technique that Mukherjee applies intuitively even with difficult materials, sought after with a tiring and manual process that includes the sorting and separation of heavy bundles of ropes purchased in the New Delhi markets.

In a game between materiality and absence of matter, between the law of nature and cybernetic principles, the installations by Sandra Mujinga (Democratic Republic of Congo, 1989) are centered on figures inspired by animal mimicry using fabrics recomposed in vibrant weaves under neon lights effect. Other humanoid figures, with arms extended in guard posture to affirm a principle of self-sufficiency in the present and future world, are made of tulle. Recycled fabrics make up a group of sculptures inspired by dinosaur fossils.

Techniques and materials can be used as political and ideological choices. This is reflected in the art of Charlotte Johannesson (1943) who begins to practice textile craftsmanship as an art to represent socio-political injustices after founding in Malmö  the weaving atelier Cannabis, from the name of the plant from which she derives the fibers for her works and an evident manifesto of adherence to the counterculture of the time. In the 1980s Johannesson began to blend weaving techniques with the first computer technologies, reinventing her practice of exploring socio-cultural changes. Themes range from a figure connected to a computer via the nervous system, to depicting world maps and images of the Earth seen from space, coupled with pop culture slogans. 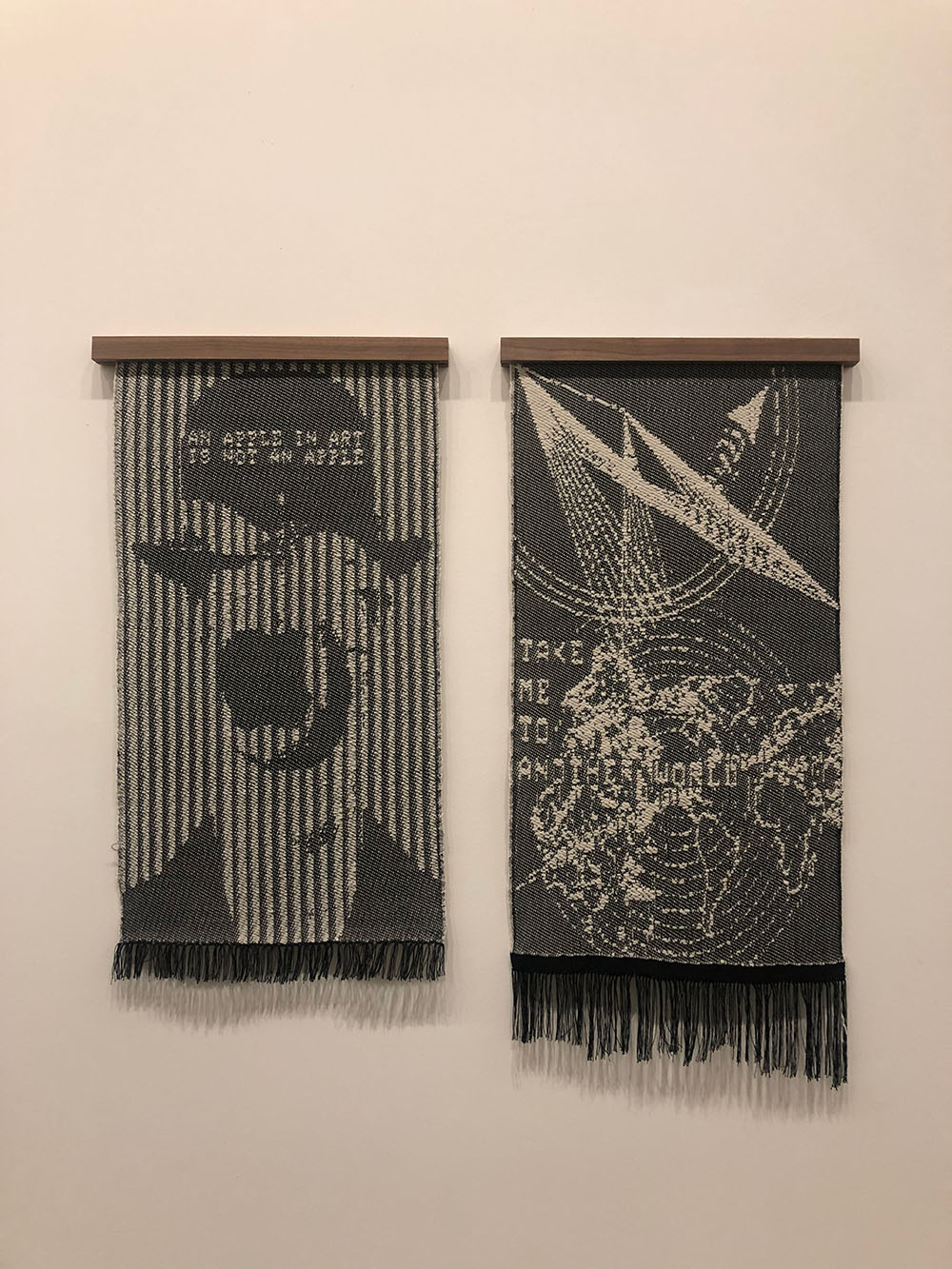 Feminist essentialism, industrial production and design come together in the knitted paintings of Rosemarie Trockel (1952), a German artist who creates her works in multicolored yarns with a computerized machine and then spreads them on canvas as if they were paintings. These works express the artist’s intense involvement in issues relating to "women’s work" and the devaluation of craftsmanship in an increasingly mechanized society. The woolen paintings, visible to the public for the first time at the Biennale, show subtle variations in the stitching and thus reveal their nature as artefacts and offer a pungent judgment on the subjectivity of visual representation and on the commodification of art. 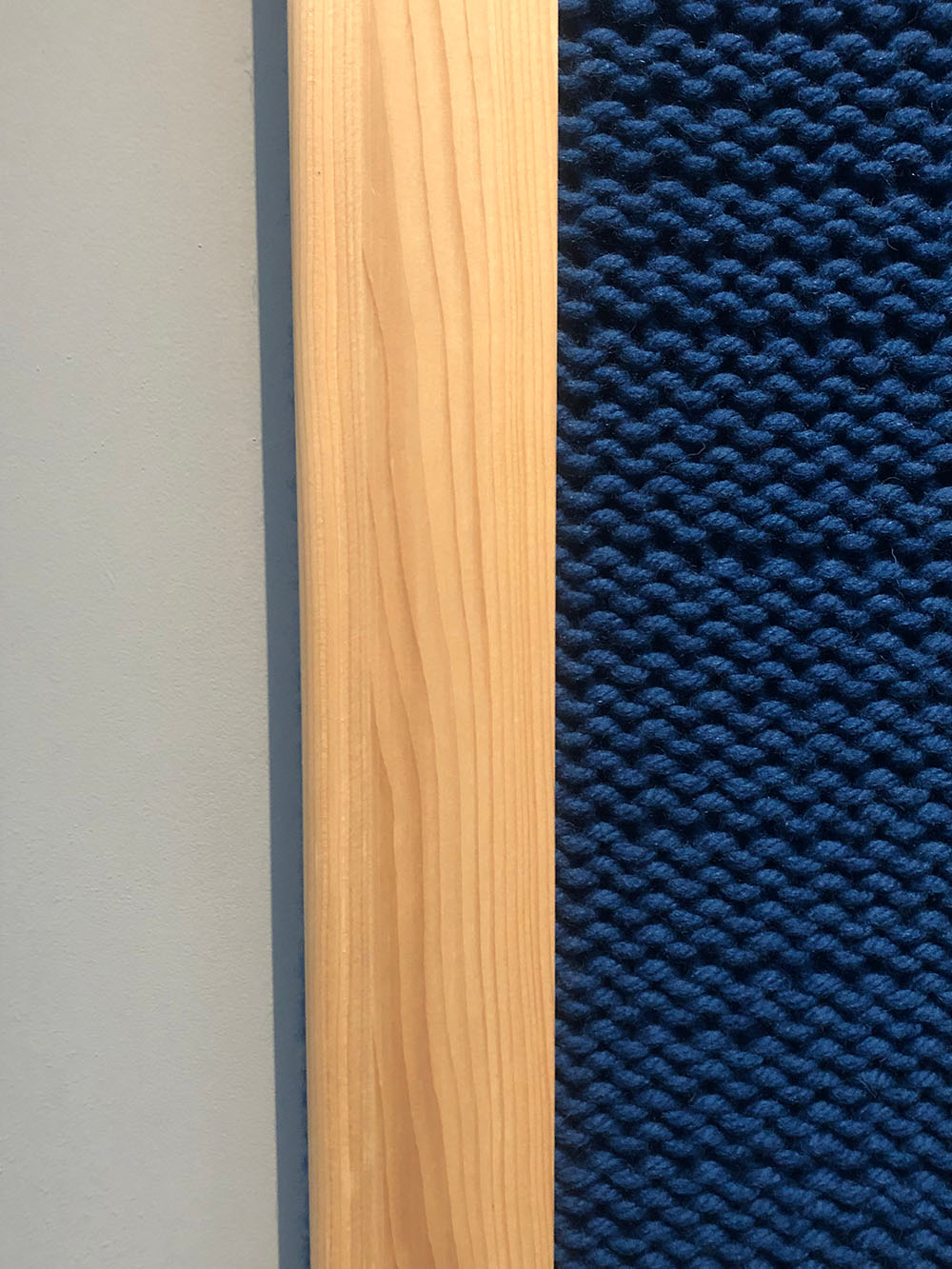