Additive manufacturing as a design and production process for new generation eyewear: it is one of the themes proposed by Materially for Drops of Material Trends, three video-stories that decline as many project directions and which will be presented as part of the 50th edition of Mido Eyewear Show, he international fair dedicated to the optics and eyewear sector that this year has been held in digital form (the videos are available on MIDO Digital, upon registration).

The eyewear sector is in fact among those in which more experimentation has been made in this direction: as in JF Rey collections, created in collaboration with Materialise, in which various formal and functional prototypes were produced by selective laser sintering (SLS), testing original shapes and exploring new ways of interaction between plastic and metal.But additive manufacturing also extends to cases of actual production.
Already in 2014 the Berlin brand Mykita launched Mylon, an eyewear entirely produced in nylon printed using SLS, followed by several other projects, both in plastic and in metal. 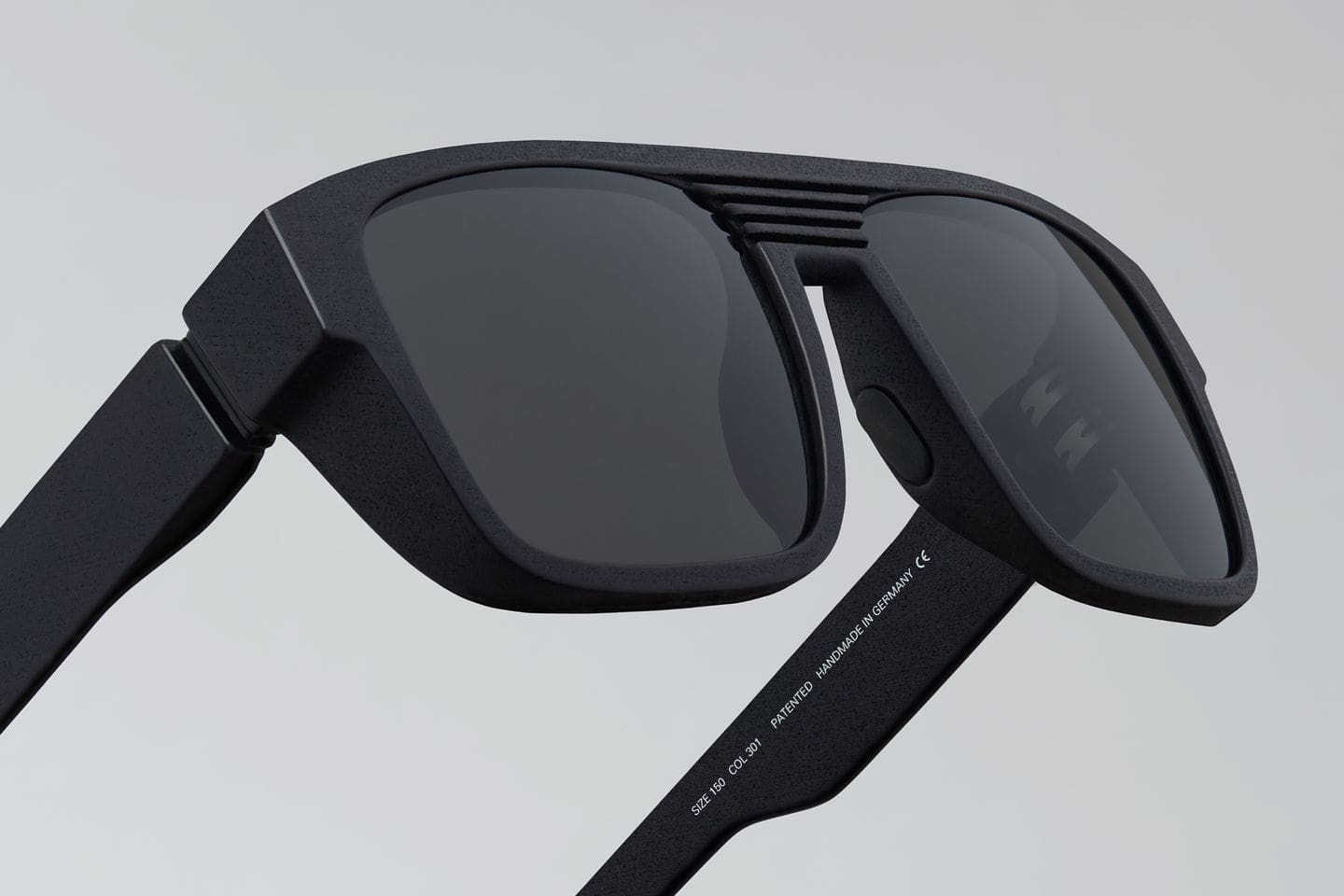 An example that uses the potential of 3D printing to produce ultra-light frames is Hoet Design Studio, a Belgian manufacturer of high-end eyewear, which has been developing collections with laser fusion technology for some years. The front of the frame is made of titanium, with a geometric mesh structure that could not be made with any technique other than 3D printing. 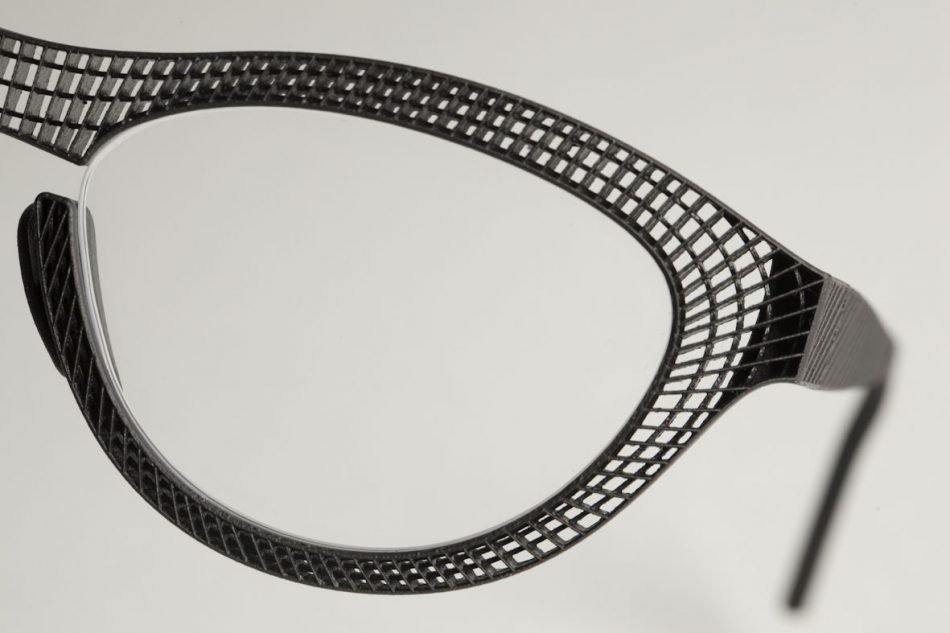 In addition to the creation of complex shapes and structures, 3D printing also allows product customization, with an ergonomic approach derived from the prosthetics sector. This is what McLaren proposed in 2018 with its Vision Collection: the company offers a face scanning service and therefore a frame that adapts perfectly to the individual conformation of the user. The project was born in collaboration with Materialise, which developed a dedicated process for 3D printing of metal.