A New Zealand architect based in Denmark and a graduate of the Royal Danish Academy of Fine Arts in Copenhagen, Henry Glogau has designed a solar water distiller that can be assembled from low-cost and readily available materials and is able to purify water using solar energy alone. 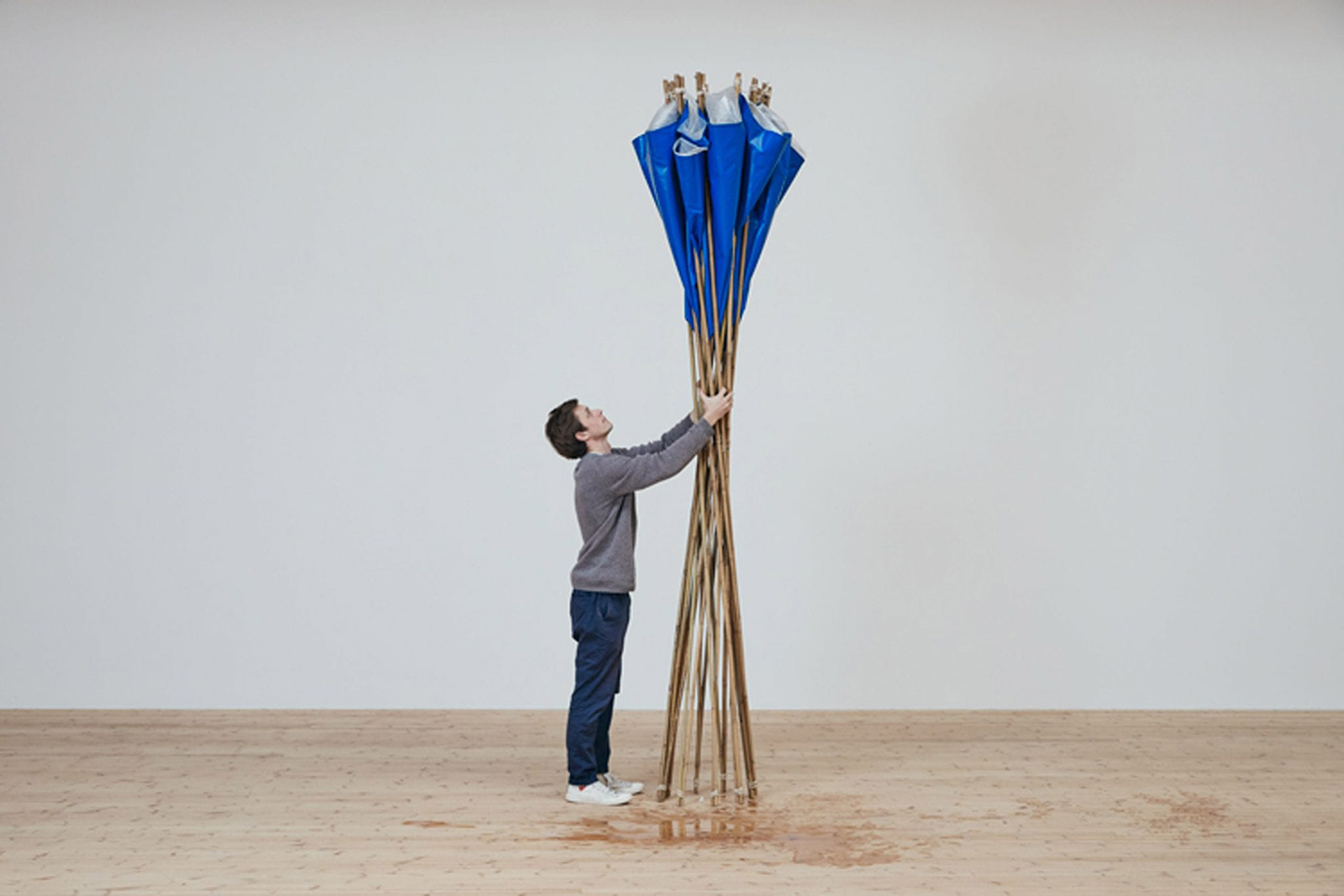 Portable Solar Distiller, awarded with the Lexus Design Award 2021 as a "Design for a Better Tomorrow" project, a concept based on the three key principles Anticipate, Innovate and Engage, has the ability to generate 18 litres of purified water per day and allows to transform water that is not suitable for drinking or for the preparation of food in drinking water without energy consumption.

The distiller has a circular shape and a diameter of 2.4 metres, and is made of a double-layered plastic sheet supported by a simple and lightweight bamboo structure.

Solar distillation is similar to the hydrological cycle and uses the same water cycle of evaporation, condensation and precipitation that nature uses to produce rain.

Instead of being released into the air, the clean water vapor condenses into small droplets on the clear plastic top layer of the distiller, which features "leaf-inspired micro-grooves" that channel the water to the centre of the structure, where it falls into a collection funnel.

The available water - sea water, or polluted drinking water - is poured into the lower layer of the structure, which is made of heat-absorbing plastic and is heated by the sun during the day. Exposure to the heat of the sun causes pure water to evaporate while salt, pathogens or other contaminants, too heavy to be vaporized, remain in the basin. Users can access the resulting drinking water directly through a tap at the bottom of the structure, or store it in a tank.

Glogau's hope is that the distiller's easily deployable design, which is designed to be easily transported and assembled, can contribute to providing clean drinking water to communities living in informal settlements, who will suffer most from the impacts of climate change. 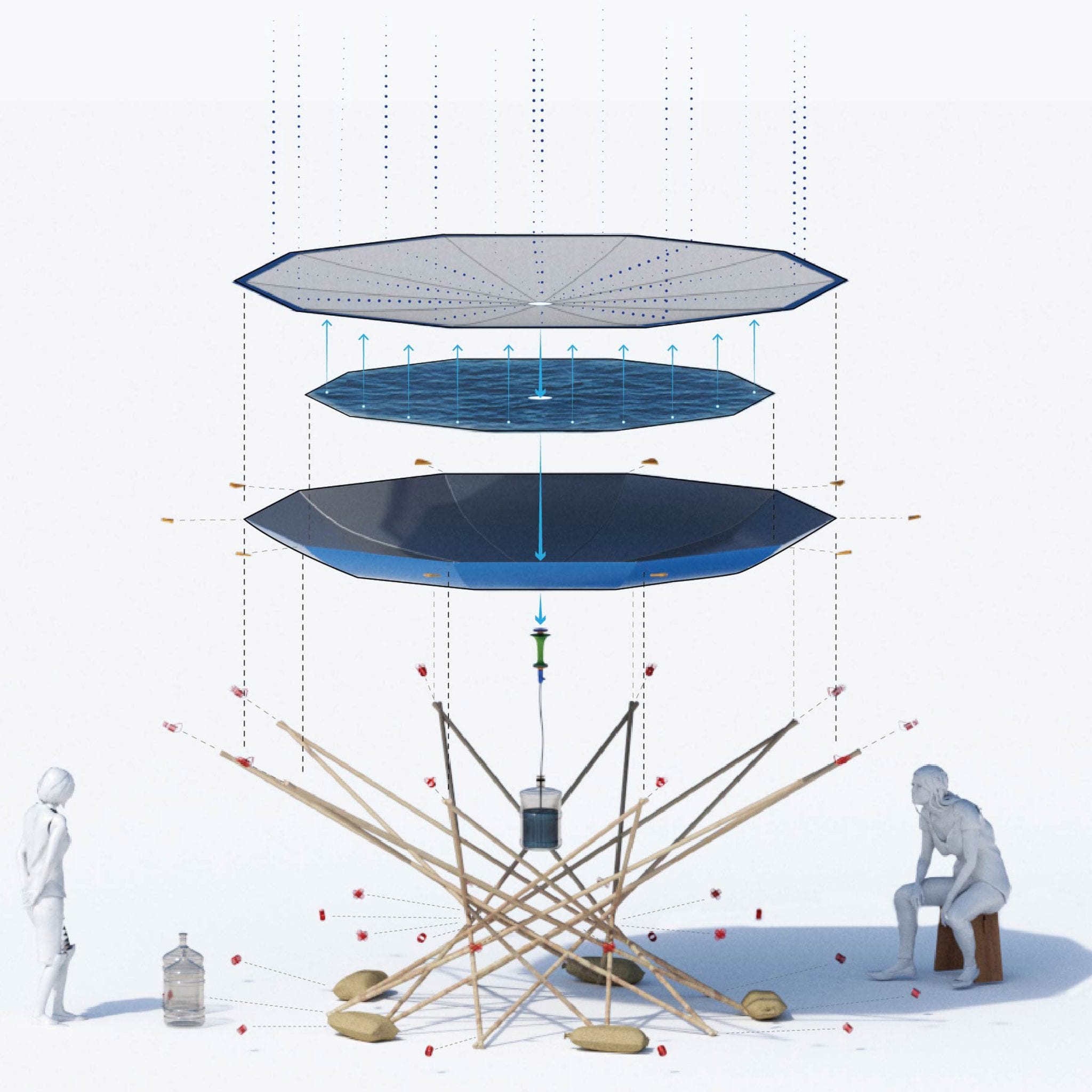 "The distiller can either be prefabricated, completely locally sourced and manufactured or a hybrid of both – making the design adaptable to local surroundings and available resources."

"With the challenges we will face in the near future, we need resilient and autonomous resource infrastructure for democratised access."

In addition to a prefabricated version, which comes as a flat-pack featuring a bamboo frame with elastics and including a simple assembly manual, Glogau also developed instructions for building the solar distiller using widely accessible local materials, such as a plastic bottle to use as a funnel and two sheets of recycled plastic to sew together to create the sheet.