Designed by the young Dutch designer  Ermi van Oers, the “Living Light” lamp was recently presented during the Dutch Design Week in Rotterdam.

It is a 100% sustainable lamp, as it is able to convert the chemical energy produced naturally by plants thanks to the photosynthesis process, into a real electric current. 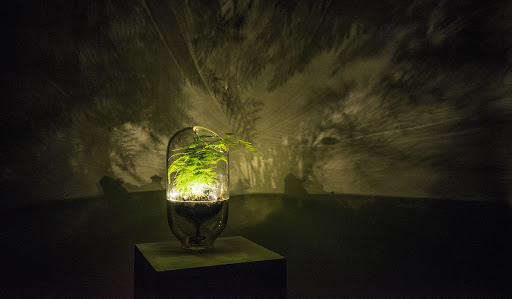 The "Living Light" lamp, therefore, uses a living plant to autonomously generate its own electricity and make itself completely self-sufficient: it has no wires and is composed of a simple glass tube, inside which a plant produces light at the simple touch of a leaf.
To turn it on, in fact, just touch it.
But how exactly does it work? The photosynthesis of the plant releases organic compounds in the underlying soil; from here, the organic matter is divided into bacteria fed by a microbial fuel, a system that mimics the bacterial interactions present in nature.
When this happens, the electrons created move away from the ground. The electric current, therefore, passes through a wire and is fed into a ring equipped with LEDs that light up when a user touches the leaves of the plant. 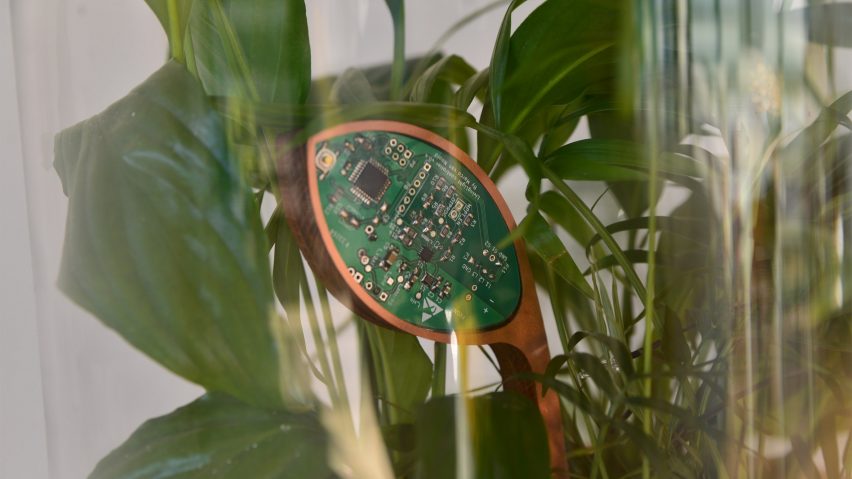 “The potential is enormous”, said Ermi van Oers in an interview with Dezeen - We are working to improve technology to power entire smart cities. Streetlights could be connected to trees, forests could become power plants, rice fields in Indonesia could produce food and electricity for the local population.
In fact, the Dutch designer has already started to apply this innovative technology - known as microbial energy - in some public spaces, collaborating with the municipality of Rotterdam to illuminate one of its public parks.

Van Oers also claims that the cities of the future could be powered exclusively by plants in a similar way, replacing the electricity grid with a more sustainable microbial energy system.
However, "Living Light" still has a long way to go, as, to date, the technology is still new and capable of producing only a small amount of energy (photosynthesis processes take a full day to power the LED for about half an hour).