A colossal work of 58,600 square meters, Shanghai Astronomical Museum designed by Ennead Architects and Thomas J. Wong exhibits an innovative and distinctive architecture conceived to host the narration of the long and rich history of Chinese astronomy and at the same time look to the future by introducing the country's space exploration programs.

Located within the Lingang New City pilot free trade zone in Pudong, about 30 km from Shanghai, the new planetarium structure includes an impressive circular skylight and a sort of inverted spherical dome, as well as a domed very high definition projection room (8K): the project by the New York studio Ennead Architects is directly inspired by astronomical principles and evokes the orbital motion in which the three main volumes Oculus (such as that of the Pantheon in Rome), Inverted Dome and Sphere are inserted.

Two towers stand out from the main building, named after the symbols of the sun and the moon in ancient Chinese mythology: Xihe Tower and Wangshu Tower. During the day, an adaptive optic solar telescope located in the Xihe Tower allows the observation of surprising images of sunspots and solar flares. During the night, thanks to the Wangshu Tower’s one-meter double-focus telescope, the largest in all of China, visitors can admire images of the moon, as well as planets and celestial bodies in deep space. 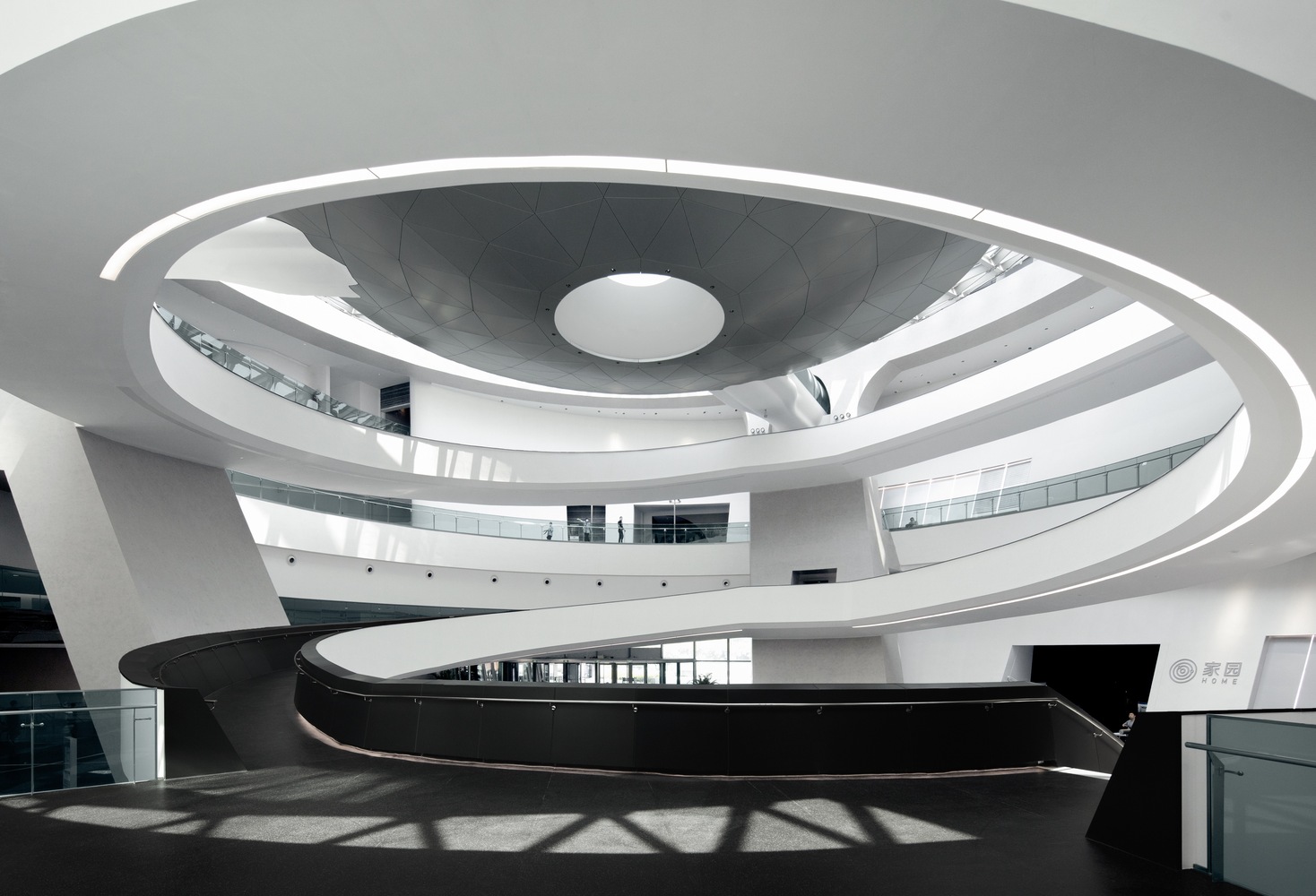 Among the exhibits in the museum are over 70 meteorites, which include specimens taken from Mars and the asteroid Vesta and lunar samples taken by the Chinese probe Chang'e-5, and more than 120 collections of artifacts, including original works by Galileo Galilei, Johannes Kepler and Isaac Newton.

Innovation and public involvement are the basis of the more than 300 installations inside the museum, of which more than half are fully interactive. Visitors have the opportunity to acquire knowledge of astronomy and science in an engaging way thanks to augmented reality, virtual reality, data visualization technologies and biometric devices. 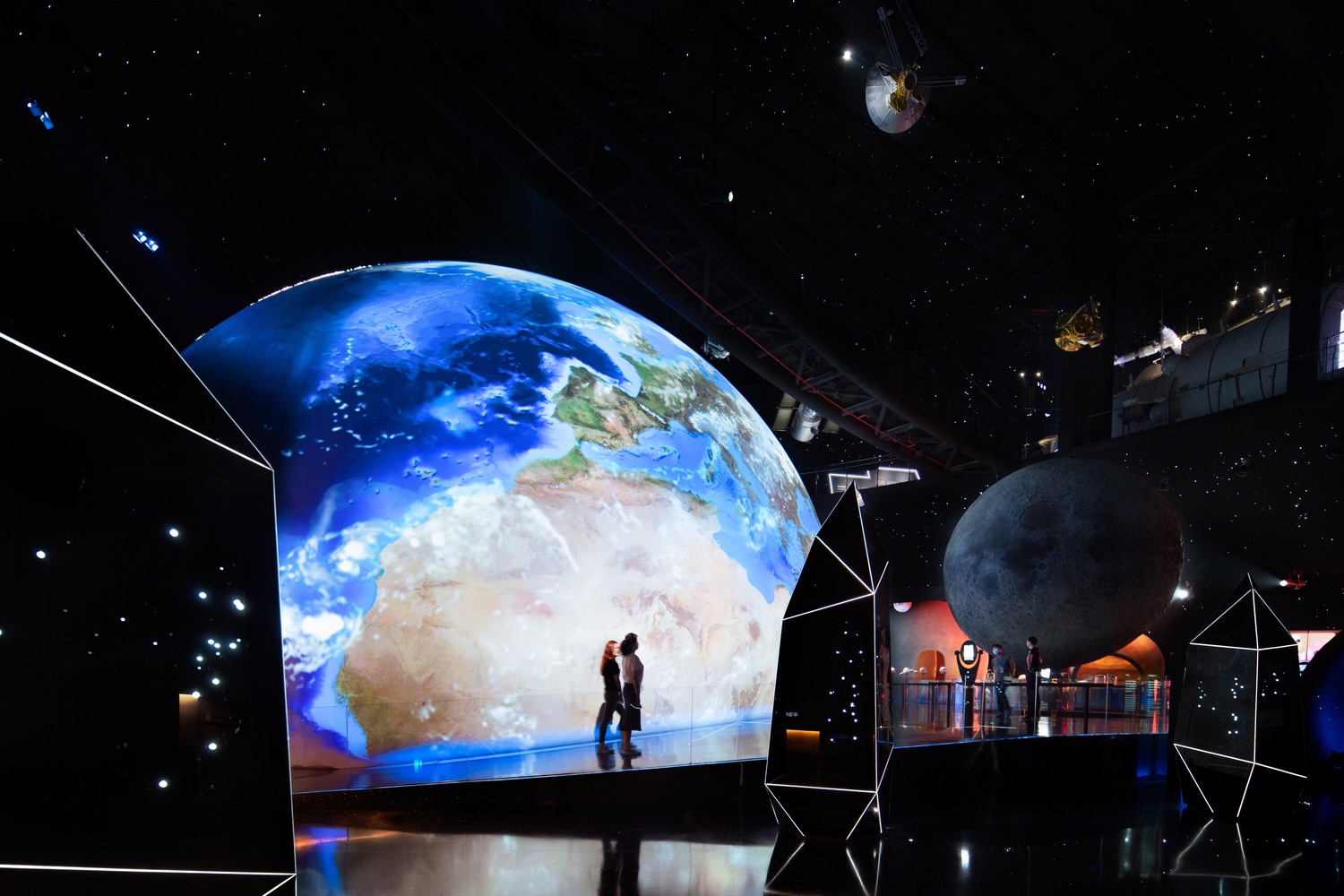 Through scale, form, and the manipulation of light, the building heightens awareness of our fundamental relationship to the sun and the earth’s orbital motion: the Museum and each of the three principal architectural components that define the design – Oculus, Inverted Dome and Sphere – act as functioning astronomical instruments by tracking sun, moon and stars. 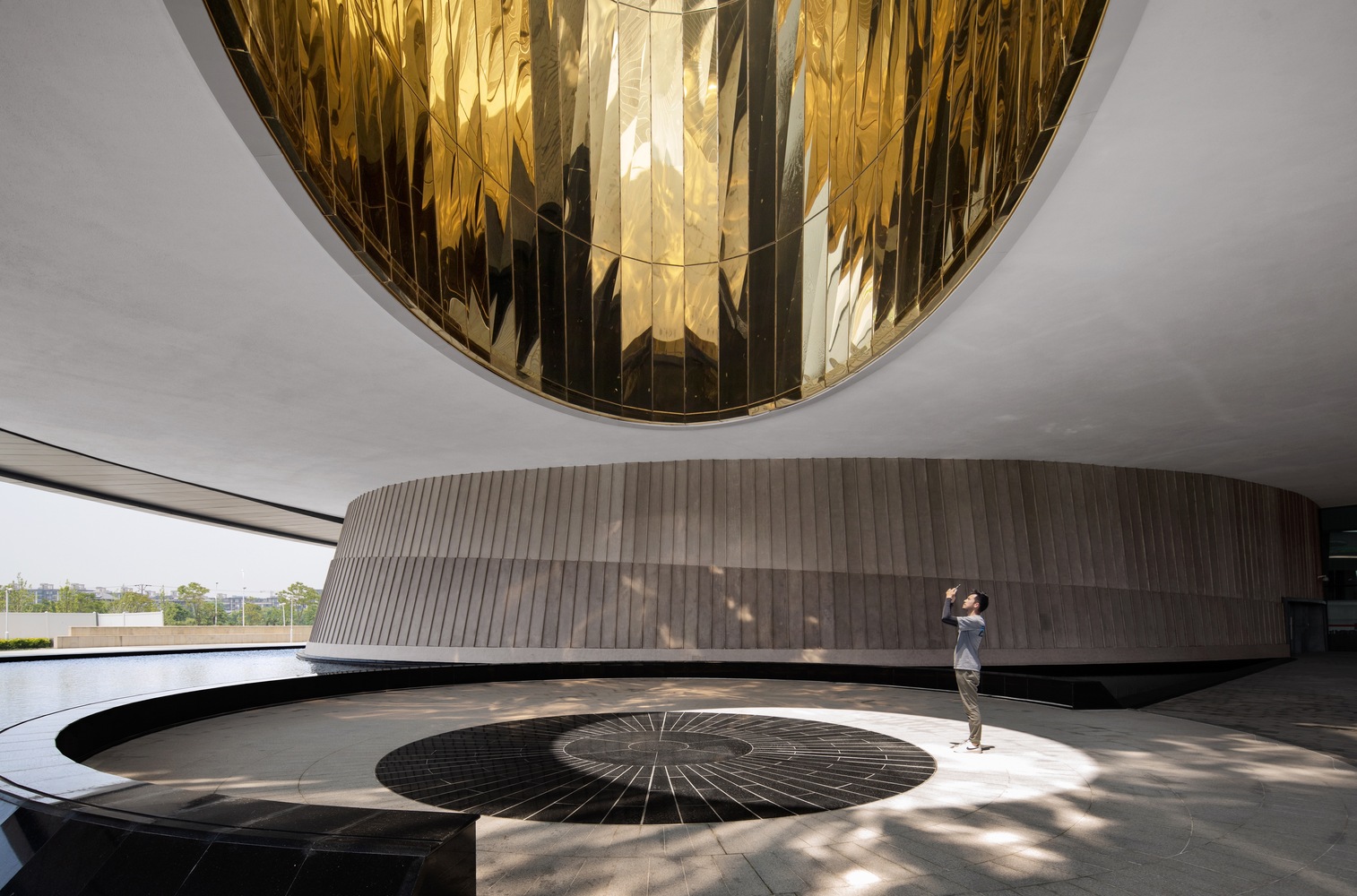 Suspended above the main entry to the Museum, the Oculus demonstrates the passage of time by tracking a circle of sunlight on the ground across the entry plaza and reflecting pool. During the summer solstice at noon a full circle can be seen, which aligns with a circular platform within the Museum’s entry plaza, while the Oculus creates a veritable time piece in the civic square.